Millet’s Back In The Meals…

Minor millets are small-seeded species crops, grown around the world for food and fodder. Essential similarities of the members of this group of species are the resilience and ability to thrive in harsh environments, along with nutritious seed content. They have been cultivated since immemorial time.

Millet occupies an important place in the food culture and ritual of the people of South Karnataka. It is also known as poor man’s crop because it is used as staple food for marginalized families. Millet grains are used in preparation of beverages, porridge, snacks, flat breads, rice, sweet, and other supplementary food. Besides its importance in the indigenous diet, cultivation of millet occupies a significant place in the cultural calendar of people in Karnataka.

Sahaja Samrudha began with popularization of millets and inclusion of them into our daily diet. The Millet Mela or the ‘Siridhanya Mela’ organized in Bangalore, Mysore and Shimoga was keen in promotion of these most neglected crops.

The exhibition along with raw cereals, the mela offered processed millet-based flakes, healthy malt powder, aata, vermicelli, biscuits and bakery products made of ragi and various millets. and earheads. Also, ready-foods such as papad, chakkuli, ladu, kajjaya, kolbale, biscuits are all attracting the foodies. Besides, it has kept on display a range of organically developed food and food products.

Media place a major role in popularising the mela’s and spreading the godness of these millets with series of articles appear in almost all local newspapers. 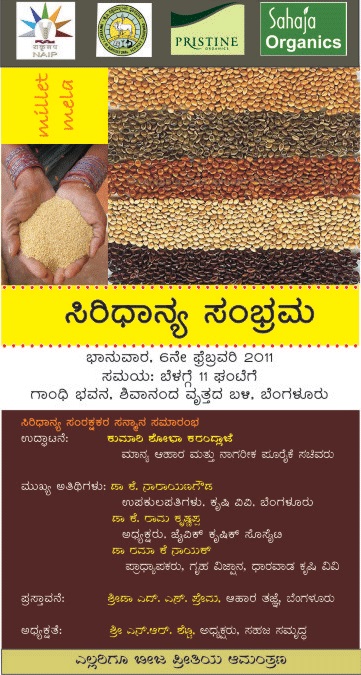 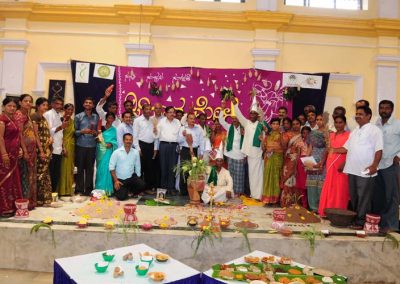 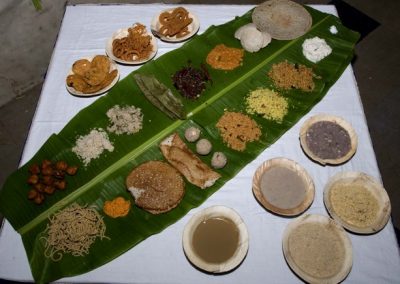