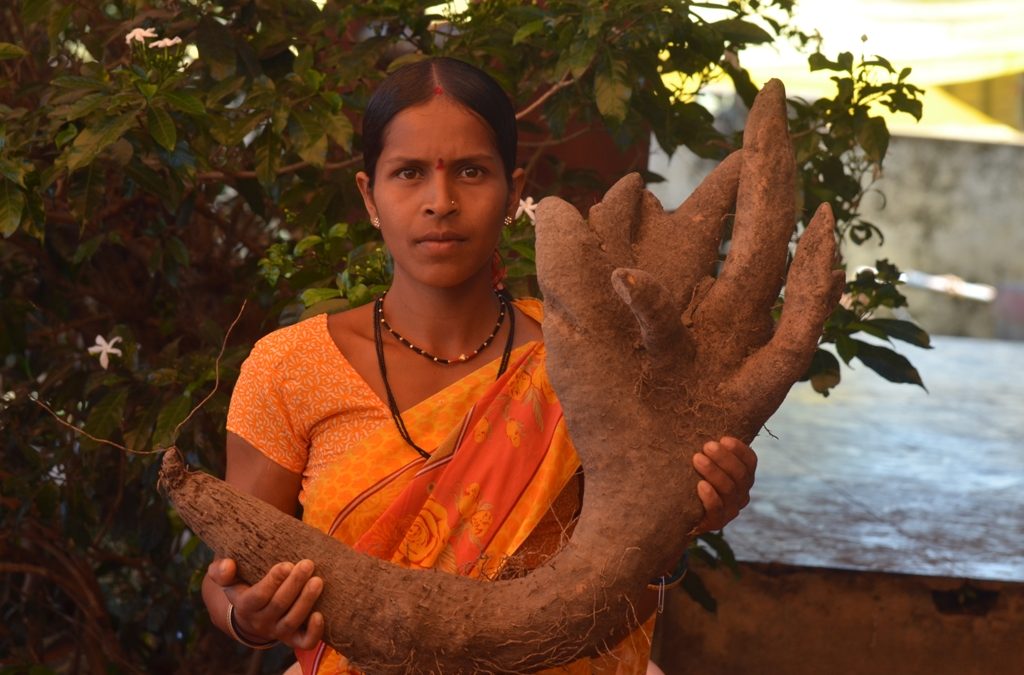 Root and tuber crops are important part of staple diet of many tribal communities that the organization works with. Nutritionally, roots and tubers have a great potential to provide economical sources of dietary energy in the form of carbohydrates. Though not much research has been conducted not only on its climate change adaptation but tubers are still the neglected crops. Many of the wild tuberous and roots may become extinct or will be available in future due to overexploitation also, so efforts are underway on conservation of these plants and traditional knowledge for sustainable management of biodiversity. 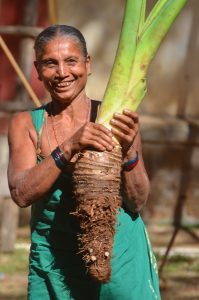 Sahaja Samrudha is studying the vulnerability and adaptation of root and tuber crops production and its significant role in food security, nutrition and climate change adaptation. Training and sensitization programmes have been taken up. Also ‘Roots & Tubers’ Calendar with recipes will be published for better education about its importance to biodiversity and to popularize it as nutritionally balanced food, which would save the species from extinction and revives its cultivation